The eagerly awaited return of Norwegian prog rock/metal band is happening! Conception is coming to the Rockhal on May 16th 2020. Tickets are on sale now.Speaking of the reunion, in fact the band acknowledge that they never actually split up in 1999, as many assume; disillusioned after being kicked off an important tour just a week before its due start date, they drifted to different projects. Roy became the singer in American melodic hard rock band Kamelot, Tore founded ARK, Ingar continued with his band Crest of Darkness, and Arve played with Nickels & Dimes.Having kept in touch all through the years, and with the friendship intact, it was never a difficult decision to make once they felt the rush of the new music; Tore and Arve jammed and found they were onto something interesting, and it was a natural course to take this to Roy and Ingar. Not only did they rediscover the joy in playing together, but also that they truly believed in this new material. Describing it as thrilling and new, it still sounds unmistakably Conception, in Arve's word:"What characterizes us after all is Roy's unique voice, Tore's brilliant guitar playing and mine and Ingar's ground solid, groovy foundation."With all their combined experience and with new possibilities to record and release without record companies, they decided to go for full control without intermediaries. 2018 saw the self-release of the hugely well-received "My Dark Symphony" EP, followed by the band's triumphant return to the live stage. Embracing the direct connection with the fans once again, the band launched a new crowdfunding campaign in June 2019 specifically to support the recording and release of a new album in 2020, their first in 23 years. Conception are back and have come full circle. 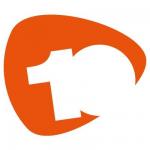